It's Official: I Have Zero Will Power

I am not posting this because I want to but rather because my husband said he would be upset unless I admitted defeat, publicly. (In a teasing manner, of course. He isn't a tyrant.) That said, here are the pictures to show my shameful lack of willpower in regards to my polish no-buy until 2012. I made it all of 72 hours before claiming defeat. *sigh ... smirks* 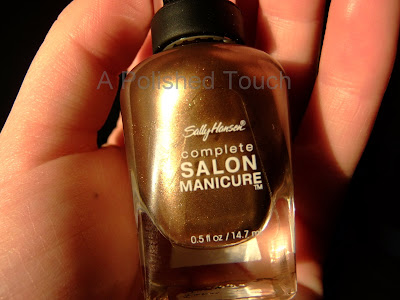 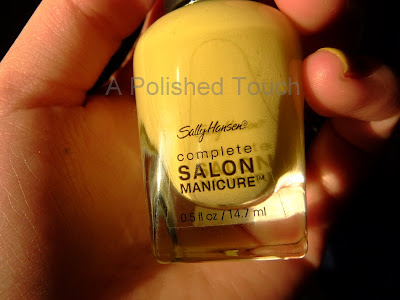 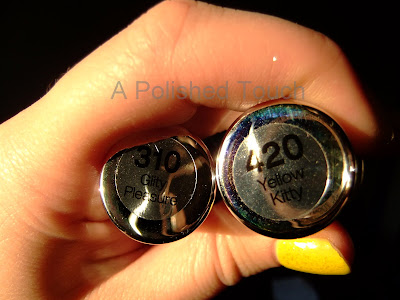 The bottle tops showing the names.
My thumb is the mani I will be posting after my Blue Monday tomorrow! ;) 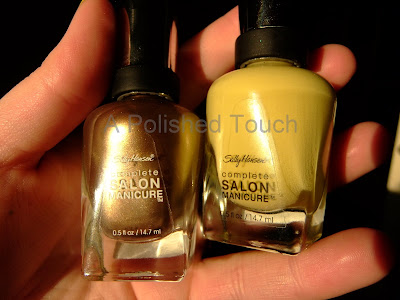 Another bottle shot for good measure.
That's it, ladies. What were you expecting; another haul with 15+ polishes? I don't want to give my husband an aneurysm now do I?
Do you own either of these polishes? Let me know in the comments!
Posted by A Polished Touch at 9:29 AM